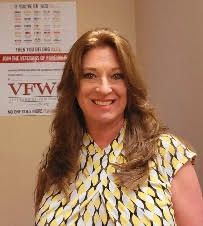 First step a Veteran or Family Member should Take if they qualify under the PACT ACT is to File your Claim with an Accredited Veteran Service Officer with the VA who has an OGC Accreditation Number!

VA is holding off on processing these claims until January 2023.

If a veteran applies for one of the presumptive conditions and VA grants service connection, the effective date of the claim maybe retroactive to August 10, 2022, the date the law went into effect, if the claim or Intent to File was filed within 1 year of the law’s passing.

Enhanced Enrollment Eligibility for VA Healthcare for new veterans has been extended from 5 years to 10 years.

Enhanced Enrollment is Priority Group 6 within the VHA

Eligibility for Enhanced Enrollment has been made for veterans who served in any of the following capacities:

Any other location the VA Secretary determines is appropriate

Permanent eligibility for VA care will be phased in over a 10-year period based on discharge date for each veteran serving in one or more of the specified locations:

•      October 1, 2032, for all others who participated in any of the covered contingency operations.

Permanent eligibility for VA care will begin October 1, 2032, for veterans who served in support of the listed operations but not in a specified location listed above.

The PACT Act has added more than 20 new presumptive conditions that veterans can file for if they meet the requirements.

What is "Presumptive” Service Connection?

If a presumed condition is diagnosed in a Veteran within a certain group, they can be awarded disability compensation.

The PACT Act determined that veterans who served in any of the below locations on or after August 2, 1990 had exposure to burn pits or other toxins. We call this having a presumption of exposure.

**Includes the airspace above any of these locations

The PACT Act determined that veterans who served in any of the below locations on or after September 11, 2001, had exposure to burn pits or other toxins. We call this having a presumption of exposure.

**Includes the airspace above any of these locations

Questions are still being raised about how the Camp Lejeune water Lawsuit will interact with service connection for the new presumptive conditions.

Remember that VA has not released guidance on how these two unique benefits will interact with each other.

If you have lost a loved one due to Camp Lejeune Contaminated Water or a Contractor who is suffering from a disease due to Camp Lejeune; contact the Law Firm below that the VFW has Vetted! However, if you are Veteran or Family Member who will be filing a claim for compensation or survivor benefits, we are encouraging you to contact your local VFW VSO!

VFW, BMBFC Law Collaborate to assist with Camp Lejeune Claims
Goal of relationship is to assist and guide veterans and military families affected by toxic water exposure at Camp LeJeune

WASHINGTON (Nov. 16, 2022) — The Veterans of Foreign Wars (VFW) is today announcing an agreement in which it is entrusting the experienced environmental litigation team at the law firm of Baird Mandalas Brockstedt Federico & Cardea (BMBFC Law) with guiding and assisting its members in navigating legal claims related to exposure to toxic water at Camp Lejeune.

The VFW continues to encourage its members and supporters to consult with a VFW-Accredited Service Officer to determine whether filing a lawsuit is the right step for them. This includes determining how the offset required by the law impacts their VA benefits and any possible award from a Camp Lejeune Justice Act claim.

"Ensuring veterans harmed in the line of duty are made whole has been a guiding principle for the VFW since our founding more than 123 years ago,” said VFW National Commander Tim Borland. "We are honored to entrust BMBFC with this vital mission to ensure veterans and their families who benefit from filing a lawsuit are represented by a team with relevant expertise and veterans’ best interest at heart.”

In August, the VFW-championed SFC Health Robinson Honoring Our Promise to Address Comprehensive Toxics (PACT) Act of 2022 was signed into law. Along with the most significant expansion of health care and benefits in more than a century, Section 804 of the PACT Act, known as the Camp Lejeune Justice Act, authorizes veterans and military families who were exposed to toxic water at Camp Lejeune from August 1953 to December 1987 to file a federal tort claim for harm caused by such exposure.

"Since the PACT Act added another recourse for veterans and their families suffering the effects of toxic exposure at Camp Lejeune, getting the right legal advice is crucial,” added Borland. "That’s why, given their deep experience in obtaining justice for communities affected by groundwater contamination and leadership role in this litigation, we turned to the team at BMBFC Law to provide the best counsel possible for those with claims related to Camp Lejeune.”

The VFW cautions its members and supporters to avoid predatory law firms advertising endlessly on television and other media. To assist those who wish to join the Camp Lejeune Justice Act lawsuit determine if a law firm has their best interest at heart, the VFW has established six guiding principles. BMBFC Law has emphatically agreed to (1) cap attorney fees at a reasonable rate, (2) no upfront costs, (3) work with the VFW to ensure veterans explore their earned Department of Veterans Affairs (VA) benefits, (4) counsel claimants on the impact of the offset included in the Camp Lejeune Justice Act before accepting an award, (5) encourage VFW membership to eligible veterans, and (6) provide resources to support the VFW Service Officer Program.

"Veterans and their families harmed by the toxic water at Camp Lejeune deserve representation from attorneys experienced in groundwater contamination litigation and fundamentally committed to representing their best interests,” said Iraq War veteran, Purple Heart recipient, and Chair of BMBFC Law’s Military Advisory Board, Jason E. Johns. "As a past state commander for the VFW Department of Wisconsin and a longtime VA-accredited attorney, I’ve chosen to partner with BMBFC Law because this prestigious group of attorneys with proven success in matters regarding toxic water shares my dedication to doing right by my brothers and sisters who have served our country, and as importantly, their families who supported them while they did.”

The Camp Lejeune Justice Act contains broad offset language and to date, there are differing opinions on the meaning of that language. The VA is expected to release regulations related to this in the coming months.

The Camp Lejeune Justice Act potentially offers historic benefits to veterans and their families.  However, these benefits need to be carefully evaluated by a firm that understands VA disability benefits. The VFW encourages anyone who served or lived at Camp Lejeune from Aug. 1, 1953, to Dec. 31, 1987, to visit Baird Mandalas Brockstedt Federico & Cardea or call (443) 665-0375.

As of now, VA is encouraging veterans and beneficiaries to file claims and began to send out informational literature but will not start processing claims until January 1, 2023.

If a claimed issue can be granted under any other theory of entitlement, it will still be addressed. If can only be possibly granted under PACT Act legislation, it will be deferred in the Rating Decisions, pending further guidance. No educational material has been released to VA processors as of the date of this class.

We are closed on Fridays unless there is a special need.
During times we are closed we are still available for contact.  Please call the number listed and leave a message.

To be added to the Members Only section of the website please send the following information in the message area below.